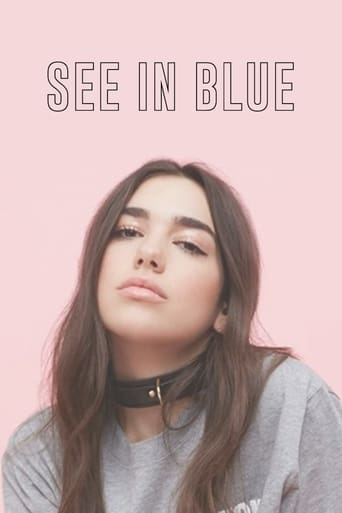 As the daughter of a musician, Dua Lipa grew up surrounded by music, inspired by listening to Christina Aguilera, Stereophonics, and Robbie Williams as a teen. At 15, she started posting videos on YouTube, showcasing her incredibly powerful voice with covers of her favorite songs. But the transition from recording in her bedroom to recording in studios wasn’t always easy. "I’ve had ups and downs trying to find myself,” she said about the process of discovering her sound. The earnest, neon-tinged film chronicles Dua Lipa’s transformation, interspersed with footage of her expansive performances. In See In Blue, Dua Lipa shows off her true, new self — the self she’s been working to become. Intent on authenticity and influenced by the likes of J. Cole and Nelly Furtado, her dreams of making a pop album that defines her as an artist have come true. “Mwah!”