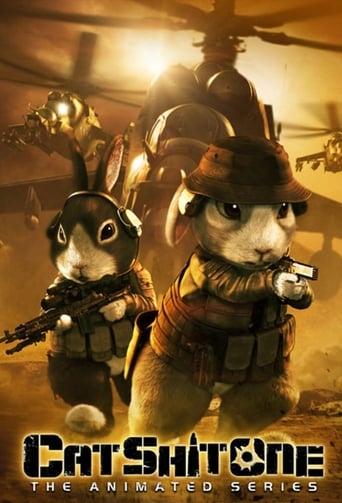 The war against terrorism has gone private. War has always been a profitable business, so having private corporations field their own armies to fight against terrorism is just good business. Who else could protect those innocent bunnies from the religiously fervent turbaned camel fanatics. It falls upon a small cadre of seasoned furry rabbit soldiers to take the battle to the camel's home turf.Derived from a popular Vietnam-conflict based manga series called Apocalypse Meow , this sequel series uses animal characters to tell the story of the war against terrorism fought in distant countries. Non-human cast of characters notwithstanding, this compelling and painstakingly-researched work places an emphasis on factualism in order to accurately portray the weapons and tactics used by soldiers.