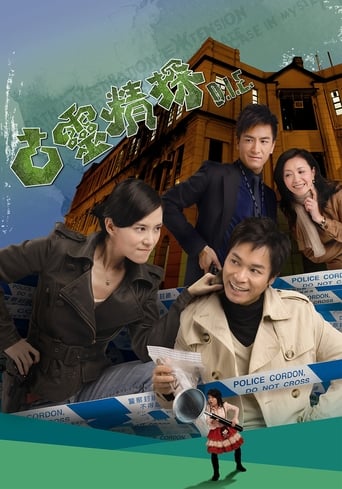 In the police force, "Death Investigation Extension" or "D.I.E." was established to accommodate those who have been sent away by their supervisors. As everybody knows, members of the Extension are to investigate unsolved cold cases. Yue Chi-Long (Roger Kwok), who has cracked a large number of difficult cases by extrasensory means, is assigned to the D.I.E. because his superiors find him strange for falling asleep constantly on the job. New appointee Ying Jing-Jing (Sonija Kwok) is a good-looking girl but she takes an uncompromising stand over every case she deals with. Initially unaccepting of a division made of incompetent detectives, she is tricked into staying by her former supervisor, who claims that she was placed there to eventually replace the head and whip the team into shape. Chi-Long proves himself a capable detective but has a laidback attitude. The relationship between Jing-Jing and Chi-Long is deteriorating day by day, but also improving in a way...