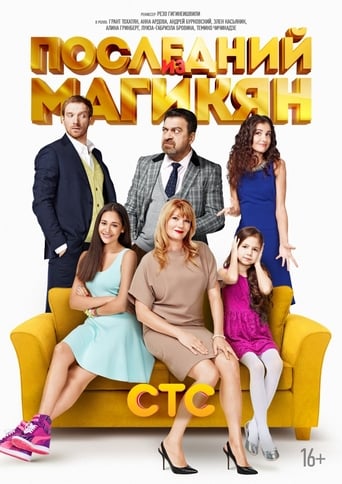 Karen Magikyan is almost 50 years old. He is the head of the family and the father of three daughters. At this age, people do not change. He has long formulated laws and rules by which he lives, and is not going to break anything. It seems to him that for the last 10-15 years he has not changed a bit, he has not aged a bit. Moreover, he considers himself to be quite a modern person, although he has a mobile phone with a black and white screen and no email. This, by the way, is especially annoying to him - why everyone is going crazy about these gadgets, iPads, iPhones. Why is the younger daughter, after returning from school, immediately goes to the Internet, and not kiss her father? To “communicate” is to sit at the table, drink wine and talk, and not stare at the computer screen and spoil your eyes. He does not understand modern relationships. How can a daughter stay overnight when they are not married? And he does not care about the assurances of his wife that "now everyone is doing this." Let everyone do that, but not in his family! He is Caucasian, he has principles! Karen - The Last of the Magikians. And not only because he has three daughters, and an heir at that age is clearly not foreseen. He is a representative of an endangered species of people who have never spoken on Skype, for whom a letter is a paper written in letters in an envelope, and most importantly, who do not bend under a changing world, because “now it’s accepted” and “you live in the 21st century ". Younger viewers should recognize their parents in him, older viewers should recognize themselves in him.