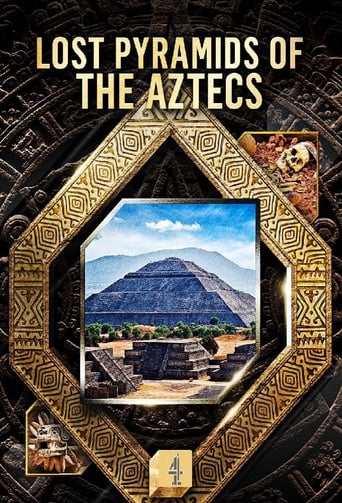 The Aztecs ruled one of the most powerful civilisations ever seen in the Americas. They were ruthless warriors and ingenious engineers, who conquered a huge territory and built towering pyramids and ambitious civil engineering projects using manpower alone. But after just 200 years their vast empire was wiped out by Spanish invaders, and their cities and monuments were destroyed. Today many of the Aztecs’ secrets lie buried underneath Mexico City. Now archaeologists are digging deeper than ever before to find out who the Aztecs were and how they built their remarkable empire. Using stunning CGI imagery, unique access to ongoing new excavations, and a pioneering experiment to build a replica Aztec pyramid in the Mexican countryside, Lost Pyramids of the Aztecs is an immersive investigation into the vanished world of this fascinating civilisation.